If a huge animation convention were to select your company as its ticketing service you might feel like a master of the entertainment business universe.

That is what has happened to Southern California ticketing company Purplepass, which has united with Power-Con to promote its annual convention celebrating the Masters of the Universe animation franchise.

He-Man, She-Ra, Sorceress and Skeletor fans will be flocking to the Los Angeles-area event September 9 to 10, 2017, in costume for Power-Con at the Redondo Beach Marriott, 3635 Fashion Way, Torrance.

Masters of the Universe characters He-Man and She-Ra are brother (Adam) and sister (Adora) twins who are royalty from the planet Eterna. Adora is kidnapped by the planet Etheria's Evil Horde shortly after birth. As young adults, Adam and Adora discover they have super powers. When reunited, they use their powers to fight Skeletor and other villains of the Horde.

He-Man was the first Masters of the Universe figure.  He came to life in 1976 as a Mattel toy competing for sales with Star Wars dolls. She-Ra was introduced in the 1985 animated film He-Man and She-Ra: The Secret of the Sword.

So, Power-Con bills itself as a "toy and comic book experience." The event includes appearances of celebrities connected to He-Man and She-Ra cartoon shows, movies, touring shows and merchandise. They include: 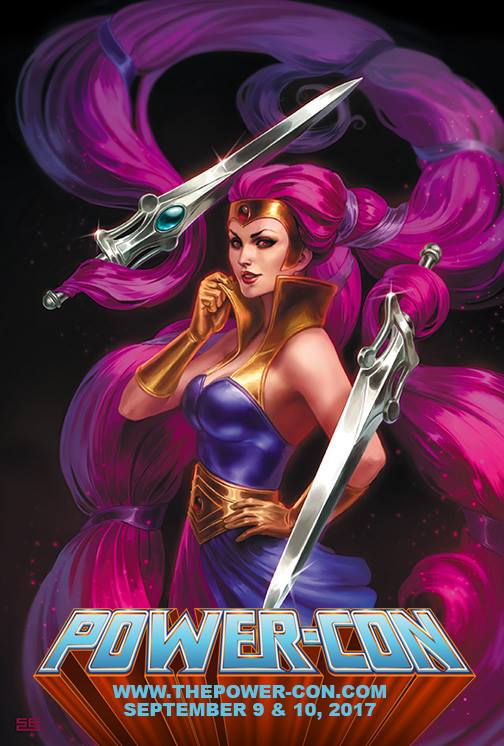 Fans who dress in costumes for Power-Con may compete for cash prizes up to $500.

The Power-Con website offers in-depth information about its convention. Contact Purplepass to learn more about its role in promoting Power-Con and other top clients ranging from BMW to Univision.