Now it will be easier than ever for attendees to get into the show with minimal effort. Plus, the hosts can get a better idea of the demand for programs like this. 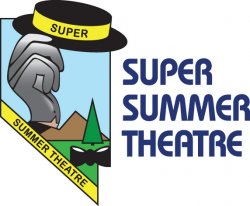 Super Summer Theater runs each year during the summer months on Wednesday through Saturday nights. The theater program offers attendees the chance to see popular shows in a family friendly environment while enjoying the great outdoors. Consider the Mission Statement of the organization to get a better idea of the goal of all involved:

"The mission of SUPER SUMMER THEATRE is to promote the use of Nevada State Parks by providing quality, family-oriented, and reasonably priced outdoor cultural entertainment to the community including theatrical arts educational opportunities."

Super Summer Theater has been a beloved tradition for many locals since 1976. In the early days, ticketing was simple, but as interest in the shows has grown, the organization has searched for a better way to take care of ticketing and entry.

Purplepass offers online ticket pre-sales and an easy-to-use check in system that works with Facebook. The convenience of the Purplepass system takes the stress off the organizers of Super Summer Theater and makes for a seamless experience for the attendees too—a win-win situation for all involved.